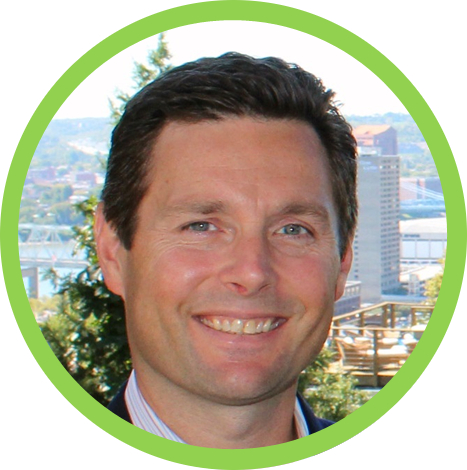 Most people develop an interest for real estate development and construction over time. For Tom Rowe, that passion was in his blood.

His father’s is a land developer in and around a ski and golf resort in northern Michigan and he passed his passion on to Tom from an early age. During his youth Tom and his brother spent many Saturdays bouncing around in the front seat of his father’s truck discussing business and going to business meetings –Tom considers these experiences key to earning his “real-life” MBA.

Originally Tom decided to parlay his interest in real estate development and construction into a law career, since he saw through firsthand experience with his dad the important and highly visible role lawyers play in the real estate development industry. This led Tom earning his Bachelor of Science degree from Michigan State University and his Juris Doctor from Loyola University of Chicago.

After graduating from Loyola, he worked in Chicago as an attorney while finishing business school at night. Once he earned his Master’s in Business Administration from Loyola, he moved back to northern Michigan to help his dad run his business. After getting married Tom decided to relocate to Cincinnati in 2004, where he later joined Miller Valentine, met Matt Packer and Peter Horton, and held a series of development and financing positions that culminated in leading the company’s asset management group where he oversaw a national portfolio of over 14,000 apartment units.

Although Tom was satisfied in his career, he harbored an entrepreneurial spirit that was nurtured by his dad, who encouraged him to try his hand at anything that piqued his interest. This built Tom’s confidence to take on a variety of jobs in his youth, including pool technician, licensed real estate salesperson, ski instructor, lift operator, caddy, and heavy equipment operator – among many others.

The lesson? Tom knew that he could do anything he set his mind to if he was willing to listen, fail, learn, and try, which his dad taught him were powerful attributes to long term success. So, when Matt, Peter, and Tom decided to join together to form Terrex in 2014, Tom saw it as an exciting opportunity and a challenge that could allow him and his partners to accomplish a great deal as business owners while focusing their attention on projects and ideas that inspired each of their passions.

At Terrex, Tom sources and manages the execution of complex development projects and manages all aspects of the development process, as well as the day-to-day operations of Terrex. He enjoys working with his partners to empower and support Terrex’s team of dedicated professionals to be decision makers and to always do the “right thing,” impacting their communities, projects, customers and the firm in a positive way.

Tom has developed a diverse array of projects, including senior housing, multifamily housing, affordable housing, condominiums, landominiums, restaurant, hotel, golf courses, office and retail.  Most recently at Terrex he has led some of Cincinnati’s largest and most high-profile construction and real estate development projects, including Uptown Gateway, student housing at Xavier University, and managing a complex environmental remediation and site reutilization project at “On the Lateral” involving developing a large office building on a former industrial site.

Tom is a resident of Cincinnati’s Hyde Park neighborhood with his wife and two sons.  In his spare time, Tom is an avid fly fisherman, enjoys downhill skiing in the mountains of Colorado, teaching his sons how to fly fish and ski, bird hunting in northern Michigan every fall, golfing, running, waterskiing, hiking, camping, travelling, and, generally, spending quality time with family and friends.